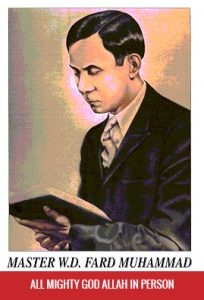 The Nation of Islam claims that God is a man. Elijah Muhammad in Message to the Blackman in America states, “God is a man and we just cannot make Him other than man.” The NOI teaches that Fard was Allah in physical form.  According to Eli, Fard told him, “My name is Mahdi; I am God.” The NOI continues to teach that Fard is Allah. The current NOI statement is published in every issue of their weekly newspaper, The Final Call, in an article titled “What the Muslims Believe.” It states, “12. WE BELIEVE that Allah (God) appeared in the Person of Master W. Fard Muhammad, July, 1930; the long-awaited ‘Messiah’ of the Christians and the ‘Mahdi’ of the Muslims.” The NOI denies that God is a spirit. The NOI claims that Christians worship an “invisible spook somewhere in space.” According to Elijah Muhammad, “God is in person, and stop looking for a dead Jesus for help, but pray to Him whom Jesus prophesied would come after Him. He who is alive and not a spook.” 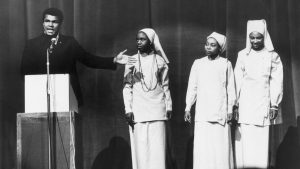 The NOI teaches that black people are gods and white people are demons. The NOI claims that black people are of the same race as God. According to Elijah Muhammad, “to accept your own means yourself and your kind, your God Who is of you and you are of Him. It was your fathers who created the heavens and the earth, while there is nothing that the white man has created independently. He did not even create himself. The Black Nation is self-created, while the white race is made by one of the gods and scientists of the Black Nation.” The NOI claims that one of these black scientists created the moon. They teach that 66 trillion years ago, he decided to destroy the earth. He drilled a shaft into the earth, filled it with high explosives, and then set it off. He failed to totally destroy the earth but he did blow it into two parts. The smaller part became what we now call the moon, according to Louis Farrakhan. Additionally, the NOI believes a black scientist named Yakub created the white race about 6,000 years ago. They claim that whites are a race of devils, stated by Elijah Muhammad. According to Elijah Muhammad, “if you understand it [the Bible] right, you will agree with me that the whole Caucasian race is a race of devils.” The NOI claims that Christianity is the devil’s religion and was created to mislead blacks. 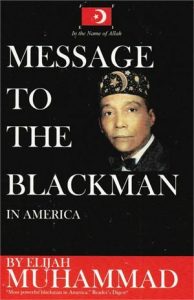 While the NOI often refers to the Bible, they claim it has been corrupted. In the Message to the Blackman, it states, “the original scripture called ‘The Torah’–revealed to Musa (Moses)– was Holy until the Jews and the Christian scholars started tampering with it.” Elijah Muhammad taught, “the Bible is not all holy, nor is it all the word of God!” Contrary to traditional Islam, the NOI also teaches that the Qur’an has been tampered with. “The enemy has tampered with the truth of both books: for he has been permitted to handle both books.” Fard wrote two manuals that are now the basic documents of the movement: The Secret Ritual of the Nation of Islam and Teaching for the Lost Found Nation of Islam in a Mathematical Way. The organization’s publication Muhammad Speaks, now called the Balalian News, also instructs believers. 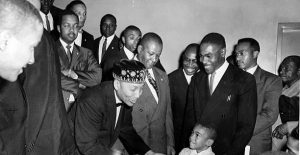 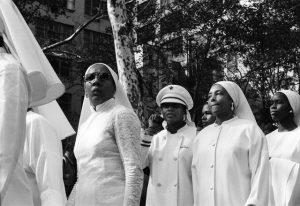 According to Elijah Muhammad’s The Fall of America, the NOI teaches that a giant spaceship, the Mother Plane, will carry out Allah’s judgment. Black scientists will use the same bombs that brought up the “mountains out of the earth” to destroy the white race. They claim this judgment will not only destroy the white race but also Christianity. Elijah Muhammad asserted, “Armageddon has started, and after it, there will be no Christian religion or churches. Jesus was a Muslim, not a Christian.” Louis Farrakhan claims that he was taken aboard the Mother Plane in a vision. While in the giant UFO, he spoke to Elijah Muhammad, who had been dead for several years. Farrakhan also asserts that this giant spaceship follows him when he travels.