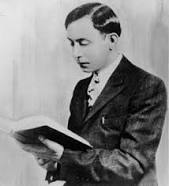 The only confirmed portrait of Wallace Fard Muhammad

The Nation of Islam was created by Wallace D. Fard, also known as Wallace Fard Muhammad. Fard’s birthday is stated to be February 26th, 1877. Fard, originally from Saudi Arabia, founded the Nation of Islam in 1930 in Detroit. He established a temple, the University of Islam and a corps of male guards called the Fruit of Islam that year. According to the NOI’s website, Fard preached that African-Americans belonged to “the Tribe of Shabazz from the Lost Nation of Asia,” who had been enslaved in America for more than three centuries. Fard claimed to come from the Islamic city of Mecca.  He taught that Christianity should be rejected since it was the “slave-master’s religion.” The website also states, “His mission was to teach the downtrodden and defenseless black people a thorough knowledge of God and of themselves and to put them on the road to self-independence with a superior culture and higher civilization than they had previously experienced.” In 1934, Fard disappeared and was neither seen nor heard from again. Fard was succeeded by Elijah Muhammad (Elijah Poole). 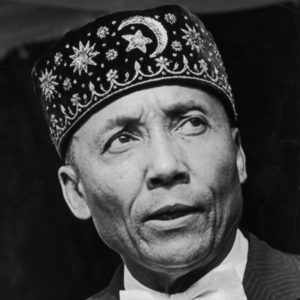 A photograph of the Most Honorable Elijah Muhammad

Elijah Poole was born in Sandersville, Georgia on October 7, 1898. At Fard Muhammad’s request, Poole abandoned his “slave-master” name and adopted Muhammad as his surname. Virtually every day and night for three and a half years, Fard taught his eager pupil. Eli claims he felt jailed due to the amount of time they spent together. He compiled these lessons into The Supreme Wisdom, which promotes the ideals of black empowerment through Islamic culture and is still studied today as part of the NOI’s doctrine. After Fard disappeared, Elijah took over the leadership of NOI. He preached for the foundation of a separate state for African-Americans, advocated anti-white theology and called for adherence to a strict moral code. 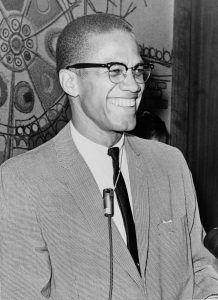 A photograph of Malcolm X

Malcolm Little was born in 1925. He joined the NOI and changed his name to Malcolm X. He achieved fame in the early 1960s as the spokesperson for Elijah Muhammad. Malcolm was removed as a spokesperson because of an inappropriate remark about the assassination of President Kennedy and was severed from the NOI because of his accusations of sexual misconduct between Elijah and female staff members. After he left the NOI, Malcolm began the Muslim Mosque, Inc., in 1964. Less than one year later, on February 21, 1965, Malcolm X was killed by assassins. 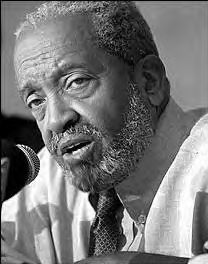 A photograph of Warith Deen Muhammad

Warith Deen Muhammad became the new leader of the NOI after his father, Elijah Muhammad, died on February 25, 1975. Warith eliminated from NOI teaching that Fard was Allah. Warith led the NOI to adopt beliefs compatible with traditional Islam. He changed the name from the NOI to the World Community of Islam. Later, he altered the name to the American Muslim Mission but eventually disbanded the organization and his followers became part of traditional Islam. The NOI was resurrected by Louis Farrakhan. 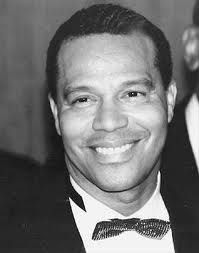 A photograph of Louis Farrakhan

Louis Farrakhan was born Louis Eugene Walcott in New York City on May 11, 1933. He attended college for two years in North Carolina but left to begin a career as an entertainer. He sang in nightclubs until he joined the NOI. Louis Farrakhan separated from Warith Deen Muhammad in 1978 because of doctrinal disagreements. Farrakhan formed a splinter group using the original name–the Nation of Islam. He reestablished the teachings of Elijah Muhammad and also reinstated the movement’s security force known as the Fruit of Islam.