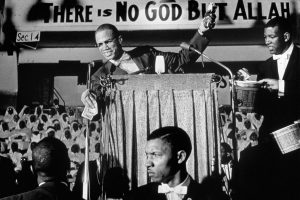 The then leader of the Nation of Islam, Elijah Muhammad, was outspoken not only in his wishes for Malcolm to be silenced before his death, but also expressed some measure of thankfulness that Malcolm was indeed killed. There has been much speculation as to whether or not Malcolm’s assassination was ordered by the higher levels of the Nation of Islam, and this has not been helped by the words and actions of members of the group.

Malcolm’s death had been preceded by inflammatory and threatening words such as Elijah Muhammad’s confiding in Louis Farrakhan that “hypocrites like Malcolm should have their heads cut off.” Indeed, the murder had been carried out by members of the Nation of Islam, though they were said to have acted alone. However, Farrakhan’s statements in an interview conducted in May of 2000 indicated that he acknowledged some measure of responsibility for the fact of the murder, saying “I may have been complicit in words that I spoke.” 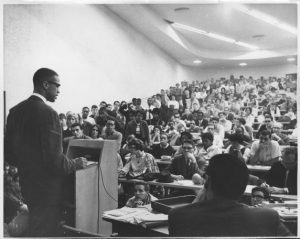 The Nation of Islam After Malcolm X

The murder of Malcolm X was not the culmination of the Nation’s efforts to silence its opponents. In the years leading to Elijah Muhammad’s death, Nation members were increasingly violent towards former members.

However, a shift in power caused a shift in ideology. Elijah Muhammad’s successor was his son, Wallace Muhammad (later Warith Deen Muhammad).  Warith had been mentored by Malcolm X, and indeed shared many of his ideals. He decided to make some new changes in the group, changing it to “The World Community of al-Islam in the West” and then the “American Muslim Mission”. Eventually, very little of the original Nation of Islam was left within the American Muslim Mission, and Muhammad dissolved the group. Most of the members still remaining within the American Muslim Mission converted to traditional Islam along with Muhammad.

However, disgruntled former members still vehemently wanted the old Nation of Islam. Several new “Nation of Islam”s formed, including the largest branch headed by ex-member Louis Farrakhan. Though Farrakhan still organized racial protests, eventually the racial aspect of the Nation was toned down and the group began moving towards more traditional Islam.