In the time surrounding Jupiter Hammon’s life, there was a great deal of debate surrounding religion for the slaves on the plantations. Many argued in favor of allowing the slaves to have religion whether through attending church with their owners or through efforts of missionaries and pastors, while others argued against such permittances, citing various reasons against allowing religion or similar influences amongst the African Americans. These, among other disagreements and controversies, led African American religion to be a subject fraught with obstacles and setbacks in Jupiter Hammon’s time. 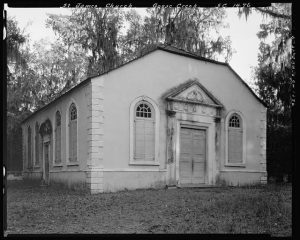 Reverend Francis Le Jau, who preached in the Goose Creek Parish in Charleston in the early 18th century, offered examples of difficulties that faced those who sought to bring religion to the plantations in his written works (Sernett 1999, 25). Despite repeated and persistent efforts to convince slave owners to allow him to convert the African Americans on their plantations, Le Jau was met with difficulties on nearly all accounts. Many plantation owners feared the repercussions of allowing the African Americans on their plantations to practice Christianity, professing concerns of haughtiness or unwillingness to work (Sernett 1999, 30). This concern was not shared by all plantation owners, and Francis Le Jau offered examples of slaves who behaved admirably and honorably after baptism (Sernett 1999, 30).

These concerns, these reasons offered for the plantation owners’ decision to decline missionary work, were just some of the opposition that missionaries and pastors faced at the time. These concerns were quite pressing, though, and led to the creation of policies and regarding baptism that would force African Americans to swear that they sought baptism for religious rather than liberating purposes and that they knew that seeking baptism would not change their status (Harvey 2011, 19). Another problem that arose was the sheer lack of interest and availability of pastors. There were not enough pastors and emissaries to spread Christianity as far as they hoped what with the sheer distance between parishes, and even in the places they could reach they were met with apathy despite the plantation owners’ determination to use the spreading of Christianity as an excuse for the presence of slavery (Harvey 2011, 20-21).

Not everyone argued against bringing religion to the slaves, however. Many saw the spreading of Christianity as the legitimizing rationale behind slavery or simply believed that spreading religion was part of their duty as members of the church, including the men who created the law clarifying the appeal of baptism in an effort to lessen the opposition of the plantation owners (Harvey 2011, 19). Others assured the public that religion did not, in fact, create unruly or pompous slaves but instead encouraged better work ethic and devotion (Harvey 2011, 29).

In an effort to appease those who argued against religion for the African Americans, certain concessions were made. For example, the regulations clarifying that baptism was done for religious purposes and would have no effect on African Americans’ status were made in an effort to appease those who feared that religion would make the slaves haughty (Harvey 2011, 21). Further, however, the planters feared that slaves would use the lessons and scripture that they learned as evidence against the legitimacy of slavery, particularly in instances in which a few slaves began to have visions of an overturned society (Harvey 2011, 32). As such, reverends and preachers such as Francis Le Jau often learned to adapt their teachings so as to avoid teaching ideas of rebellion or freedom (Harvey 2011, 21, 35).

Even when religion was brought to the African Americans on the plantations, it was not always well received. In some cases, the traditional Baptist or Presbyterian teachings offered were rejected due to a feeling of discontent or disconnect from a religion that did not meet the needs of the slave in question, such as in the case of Peter Randolph (Sernett 1999, 63). Randolph expressed his distaste for a version of religion in which its very proclaimers seemed to defy their values, saying passionately, “He who will lisp one word in favor of a system which will send blood-hounds through the forests of Virginia, the Carolinas, Georgia, Kentucky, and all the South, chasing human beings… possesses no heart; and that minister of religion who will do it is unworthy his trust, knows not what the Gospel teaches…” (Sernett 1999, 65). Randolph was not alone in questioning the validity of the people who preached edited versions of the Bible or that seemingly did not uphold the values they taught, but many African Americans did find a connection with the religion that was offered. 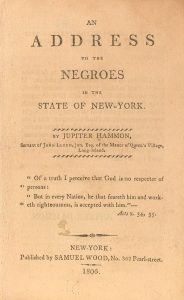 Jupiter Hammon- Address to the Negroes of New York State

Jupiter Hammon is an excellent example of an African American of the time who embraced religion. In his address to the African Society in New York given in 1786, he instructed his listeners to follow religion, to speak without profanity or blasphemy, and to turn to religion to alleviate their sorrows in life (Sernett 1999, 34-37). He even encouraged listeners to act with honor and to be obedient servants, because “good servants frequently make good masters” (Sernett 1999, 36). He clearly trusted in religion wholeheartedly, and urged his listeners to seek religion and to make a better future for themselves through faith. Jupiter Hammon serves as a prime example of someone for whom religion was a positive influence in the midst of controversy and chaos.

Another topic of discussion at the time was a matter of nearly as much, if not more, controversy. As the issue of slavery and segregation became ever more apparent, many people began to advocate a new idea: the movement of African Americans to Africa. This idea was met with differing opinions as people began to debate the true connection between African Americans and Africa, and whether colonization was a legitimate solution. For most people, it came down to a matter of identity. For Henry McNeal Turner, it was both a matter of identity and a matter of pride to go and establish something all one’s own and to forge a new identity for oneself (Sernett 1999, 293). Turner writes, “ I do not believe any race will ever be respected, or ought to be respected, who do not show themselves capable of founding and managing a government of their own creation” (Sernett 1999, 293). Others fought decidedly against the idea for, as Paul Harvey writes, “they felt that the United States was their home country since their labor had played a central role in constructing it” (Harvey 2011, 62). 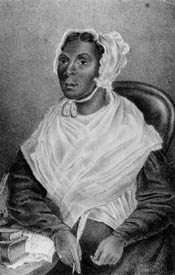 Even within the idea of religion itself, there was controversy. While African American men had established their own churches and congregations, women were not quite so easily accepted. Many had to fight to convince people that they were worth listening to, both because of their gender and because many people were pre-conditioned against the African Americans. Several women were successful, however, and many were quite famous. One such example is Jarena Lee, who writes of one of her sermons, “the Lord gave his handmaiden power to speak for his great name, for he arrested the hearts of the people…” (Sernett 1999, 181).

Jupiter Hammon lived during a time of religious tumult, with many different conspiracies and controversies troubling the multitude. It was a time of change and decisions, however, and involved many famous names and people. Despite the chaos, Jupiter Hammon serves as an example of a steady, faithful man who remained true to his religion despite the uproar that surrounded him.

Jupiter Hammon’s Address to the Negroes of New York State. 1806.