For this week’s reading, the chapter about Mahalia Jackson resonated with me the most. I enjoyed how passionate she was about the music of her faith. She embodied the music itself and fused it with the roots of her culture which was very interesting to me. In terms of African American music and religion culture, she influenced and paved the way for many musicians we see today, Aretha Franklin being an example. On a personal note, many churches that I grew up in used Mahalia Jackson’s music style as the basis for praise and worship sessions. We also see Jackson’s influence in movies such as Disney’s “The Princess and the Frog”. Another concept I enjoyed while reading this chapter was the versatility of brass bands. From block parties to funerals, these bands were the heart and soul of these functions. 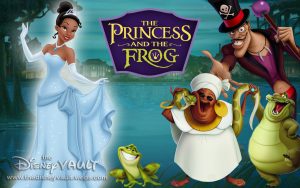