Throughout the readings in this class, a single thread runs through all of them – there is no one way for black people to be religious; there is no singular “Black Church.” They have different identities. This country is too big and African-American history is too rich for this issue to be simplified this way, and it’s unfair to refer to what you believe to be the “singular black religious experience” as the Black Church or “their religion.” If white people are allowed to have thousands of different religious experiences, why should it be any different for any other race? There are black churches, but there is no Black Church. All of that religious history deserves recognition.

It’s interesting how the author makes it clear the National Baptist Convention, despite mostly agreeing with each other, doesn’t want to restrict how other members may feel about civil rights issues or how they want to achieve them. They made a point of adopting a philosophy they won’t use to control how individuals in their Convention act. This section also addresses the issue of racial “togetherness” being mistaken as participating in segregation. Segregation is the forced separation by an oppressor, and this racial togetherness is not that, but many members who (rightfully) hate segregation will call them by the same name. Their same hatred of segregation also leads them to disregard any important achievements under that system. These achievements shouldn’t be forgotten; it’s not their fault that segregation existed, and they still deserve to be recognized for what they fought for.

The reading also addresses that, after a certain point, you cannot rely on your oppressor to help you. If, after years, your oppressors mistreat you and refuse to listen to you, it falls on you to change the system against the will of the oppressors who run that system. The oppressors are not likely to change these laws or restrictions on their own.

The National Baptist Convention also teaches their members about economics and production so that they can support themselves instead of relying on white people to employ them. It argues that ending segregation just to rely on an oppressor to employ you and pay you shouldn’t be the end goal, and it isn’t why people should be protesting. They need to do more for each other instead and begin owning their own means of production in order to truly be equal.

One of the readings this week had done what something others had not. In A Litany of Atlanta Du Bois openly challenges, momentarily, his own God for seemingly siding with the White race. He asks what the plan is, why they are made to suffer when God must be powerful enough to stop their inequality. It’s an angry moment, and, though he apologizes to God afterwards, it goes against the White school of thought that Black people are automatically religious and are not “smart enough” to question their God and the Bible. He’s calling his God to action and using the examples to convince others of how unholy the actions of the White race are; are the deaths of innocent Black people by the hands of White murderers not enough for divine intervention? Another of his work, Credo also mentions the conquering of Black people by Whites, and says that the Devil is working to restrict the Black race, implying that the White race is being controlled by the Devil. His questions to God are rightfully angry knowing all this. Why wouldn’t a loving, powerful God openly fight the Devil?

It’s refreshing to be able to read passages written by women!

I fully expected the tone of most readings this week to be about how difficult it was to be a woman in religious circles, and I was not (or was?) disappointed. It was interesting how, in the first reading, Jarena Lee spoke about how that fact had been quickly changing (in the 1800s!) and women were allowed to preach more. Was it less common for women to preach in white churches and denominations? I have never been inside of a church or heard a preacher speak, and I am not aware of much of the history of Christianity in America at all, so this is all news to me. The constant mention of suicide was also something that surprised me in her passages because I had assumed people from that time period would not speak about topics like that.

The first two readings have something very specific in common – the authors claim to have been spoken to by God (or the Lord) personally in a call to preach or do other religious activities. This claim is something that, until a couple months ago, I would have considered ridiculous, exaggerated, or a sign of an illness. I have an illness that gives me hallucinations occasionally, so I would have had a hard time believing these claims. Recently, though, I’ve been following a religion (one I’m not sure if I can name), where sometimes I feel as though I’m being led to do specific things by an outside force, and my friends who follow similar beliefs feel this also. It’s probably much easier to write off women for saying that they have been spoken to by a god than a man who claims the same thing because of how “overly sensitive” and “crazy” women are perceived to be.

welcome to a link to something 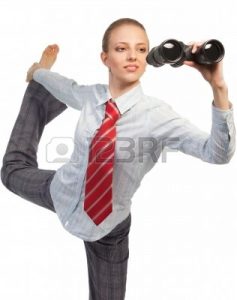 The whole of Richard Allen’s autobiography is interesting and worth reading, but the beginning is something that sticks out to me; he refers to his master in terms of endearment. Of course, my ancestors had never been enslaved (my Korean ancestors were severely mistreated and forced to work for the Japanese, but it’s nowhere near the same), but to see how he speaks of being enslaved is bizarre because there’s truly no such thing as a good master. There is no way to own a person and be good yourself, and also to, later in life, relinquish those slaves does not make you a good person. Realizing what you’ve done wrong and trying to atone for that does not automatically and without a doubt make you good. It would be interesting to see what this man had done besides force his slaves to buy their own freedom instead of freeing them and fronting the £60 bill himself, as, I would assume, God would have wanted him to. He could have afforded it if he truly saw them as family. I’m sure that being a Quaker probably factored into his sudden turnaround on the idea of owning slaves, but I can’t pretend to pat this old, dead man on the back for what he did to save himself in the eyes of his god.