I think these last two readings from Sernett are good last chapters of the book. It sets you up to think about African American churches and how they’ve grown since the beginning of the century but then also where the congregations may go in the future. The biggest challenge for African American congregations is keeping up with the needs of the people who are involved and how the world is changing around them which is something I believe the church will be able to handle.

There were 2 readings that really stuck out to me this week, the speech by Malcolm X called “A Black Man’s History” and the essay by Edward E. Curtis IV called “African American Islamization Reconsidered: Black History Narratives and the Muslim Identity”. In most history classes you take when you are younger, Islam in America is always looked at like it is a solely African American religion and not a more widespread and widely practiced religion that it is. We look at Islam like the Nation of Islam is the same thing when they have different objectives. The speech “A Black Man’s History” was given when Malcolm X was in the Nation of Islam and had not yet converted to Islam. He looks at the Nation of Islam of like it is one of freedom for only the blacks. He says “The white man doesn’t (separate race and religion). The white man never has separated Christianity from white, nor has he separated the white man from Christianity. When you hear the white man bragging, ‘I’m a Christian,’ he’s bragging about being a white man (Malcolm X),” He argues the point that African Americans never had their own religion like that and makes the point that the Nation of Islam should be that religion for them. Curtis is making the point that over time many nations have been “Islamicized” and that the Nation of Islam was an Islamicized religion. It did not follow the traditional Muslim values but still was kept under the same name and the “Religious values were of secondary importance (Curtis, 661).” Malcolm X later in his life converts to Islam and changed his practices and values but normally in history books the Malcolm X who practiced under the Nation of Islam is displayed,

The first time I read “A Letter from Birmingham Jail- April 16, 1963” it was for my AP English Language class in 11th grade. We had just finished reading Civil Disobedience by Henry David Thoreau and were looking at people inspired by his ideology. The letter focuses on the ethics behind the jailing of the civil rights protesters and encouraging people to continue to fight. King uses a lot of religious comparisons to encourage his followers to continues their actions. He compares himself to the Apostle Paul leaving his home to carry the work of Jesus Christ across Europe (Sernett, 521). When I first read this piece in high school we missed over most of the religious prose throughout the letter so going back and re-reading looking for religious ideas was really interesting to me. I feel as King adding the religious pathos to the letter made it more powerful to the intended audience of this letter but also still appeal to others as well. Even if you were not religious, King makes a compelling argument but it is stronger with the religious tones which shows how King displayed himself too. 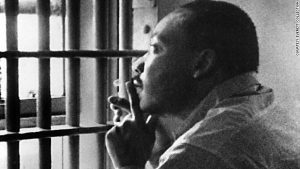 In Miles Mark Fischer’s piece about “Organized Religion and the Cults,” he looks at the rise of cults in African American Culture. I found this part of the reading extremely interesting because the idea of the cult being something of the rise I found interesting. Cults have been around for years in America which I recently learned about in one of my history classes when we read The Kingdom of Matthias .  He said that there were many small cult-like groups popping up around the United States with individual prophets claiming to be healing groups (Sernett, 467). That lead me to question why African Americans started forming religious cults at that point or if it was occurring before, why did it become such an issue then? Cults seemed to be an alternative to the traditional “White” or “Black” churches they had to choose from. It was almost like they went because it was the third option for them when they really had no other options. Fischer looks at cults like they were a bad thing but to me, it seemed like people only went to cults because it allowed them to explore their spirituality instead of just following the traditional things they were forced follow for years.

One of the most interesting parts of the readings this week was the African Methodist Episcopal Council of Bishops “Address of the Great Migration (Sernett, Chapter 38).” The reading was a letter from all of the heads of the AME church to other pastors who were not in attendance of a congress about the state of the AME church and where it was going. While the great migration was the focus of the readings this week this reading takes a moment to look at the big event in the world that was also playing into the state of their congregations, World War I or the “Great War”. They believed this war was going to cause people to question their faiths and ask “Is there a God?” due to the atrocities that were occurring in Europe. The AME church takes a stance by saying that they should all continue to live holy lives and continue their faith during this time of strife. In the reading it says ” We appeal especially to those whose intellectual, moral, and spiritual guidance we are so largely responsible…..(to) the faith that was once delivered to the saints (Sernett 361).”  When the US got involved in the war, to encourage more African American men to enlist in the war effort, the government often used religious imagery or statements in propaganda to show that it was their holy duty to go to war. You can see a great representation of that here: 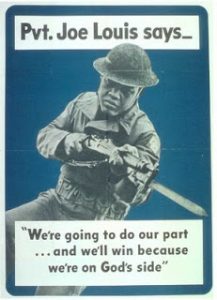 With the AME Church taking a stance to continue to foster this belief in God and fighting against going to war it goes against this idea that the government is putting out in their propaganda.

I thought it was interesting that this week we had readings from WEB DuBois and Booker T. Washington. Traditionally you would never think of them as “religious” thinkers but Sernett bringing them in shows a stark contrast. Most  of the readings that we have read previously to this are more from religious figures and people who strongly believe in their God. DuBois in his writing goes into the idea that God was siding with the white people and abandoning blacks and that people shouldn’t be worshipping someone who does not support them. Washington takes a different approach where he is looking from a place of struggle and hoping that everyone could move towards peace. Both pieces were extremely interesting and brought a change from the ideas of past readings.

This week in reading Jarena Lee and Rosa Young and other religious was an exciting changed from the male based readings we were reading before. At  this time no one really allowed women to take the pulpit due to them just being women but yet Richard Allen allowed Jarena Lee too which is a huge step. One quote that stuck out to me was “For as unseemly as it may appear nowadays for a woman to preach, it should be remembered that nothing is impossible with God (Sernett, 173).”While still these women were taking some big steps forward it was kind of hard to read some of the more negative parts of their narratives, especially Jarena talking about her suicide attempt. It seemed though even though all these women were struggling, they still kept moving on and deeply rooted in their faith.

Before this weeks reading, I had never really heard of the Colored Methodist Episcopal church or now what is know as the Christian Methodist Episcopal church (CME). While I have heard of other majority African American congregations, CME’s were not in my area so I decided to look more into  them. According to the churches website, The CME church was founded on December 16, 1870 in Jackson, Tennessee. Previously members of the Methodist Episcopal church, some of the slave members from their congregation broke away from their denomination to create their own.  This follows the other churches we have been learning about in our readings like AME and AME Zion and how their first congregations were formed. The church came to be after the trauma of the civil war and  the reconstruction period when the divisions between whites and African Americans were at an all time high. I thought it was really interesting to learn more of the background of the church especially since we read the piece by Lucius H. Holsey so learning more about the foundation of the church itself helped also make that reading understandable as well. I also am a Methodist so it was very interesting to learn about what the difference between the denominations was and why the split occurred.

You can learn more about the CME Church here. 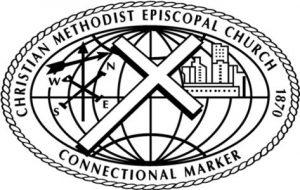 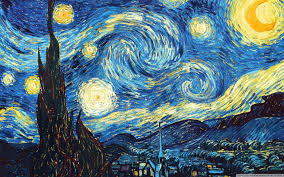 Heres a photo from my favorite painter Van Gogh of starry night. I just really want to sleep and honestly thats my life goal (honestly I should strive for more but oh well) right now because college students never sleep due to stress and class work! I went to bed at 3 and my roommate woke me up at 7 which is totally a good amount of sleep to have your day.

Sometimes when I’m insanely sleep deprived I think about Guy Fieri and all of his life struggles on his journey to flavor town. Will he ever reach flavor town? stay tuned.

Pls enjoy this vine (pour one out for our fallen homie):

Emancipation day was something I have never heard about before reading chapter 17 of Sernett. In the African Baptist Celebrate Emancipation in New York State it looks at the reverend Nathaniel Paul’s perspective of slavery and the freedom that comes with emancipation day. The enslaved people always believed that someday God would come save them from the horridness that is slavery. Paul writes “It’s visage is satanic, its origin the very offspring of hell, and in all cases its effects are grievous.(Pg. 187)” The emancipation day gave people who were enslaved hope and a chance to finally make it to freedom. It helped strengthen their beliefs that God was looking out for them and their well being.