The Sernett readings from Cone and Jones were greatly inspiring to me. Both authors reiterate the importance of economic development within black church communities as significant for gaining political agency for African Americans. They are concerned for the future, particularly in regards to the role and further involvement of youths in the church community. Arguing that following  the 1960s Civil Rights Movement, the strength of church communities began to wane. There is a clear call for modernization within the church; Jones calls for churches to become “bilingual: it must understand the language of the world and translate the gospel into the idioms and symbols of that language” (585-6). Although church community strength has decreased, Jones is especially hopeful for the future due to the demands of young people for education and expanded leadership opportunities, however, he states “the most significant development in recent years has been an increasing awareness among blacks not affiliated with the churches that religious institutions are as critical to the survival of Afro-Americans in the present as they have been in the past” (588).

I really enjoyed reading about Ethiopian Hebrews in chapter 1, “Geographies of Race and Religion,” of Judith Weisenfeld’s book New World A-Coming. Since we have focused primarily on African American Christians, it was refreshing to hear about another religious community’s struggles, especially during such a tumultuous point in American history. The ideas toward Jewish racial identity set forth by Arnold Josiah Ford were striking. Since the 1920s-30s were decades which produced an increase of anti-Semitic beliefs on a global scale, the distinction Ford makes between Hebrews and Jews using racial identities displays a religious conformity to societal standards and practices of the early twentieth century. Later on in this chapter, Ford’s co-founder of BBA, Mordecai Herman “stressed Judaism’ s advantage in that it taught how to live rather than preparing people to die, which he saw as the substance of Christian teaching” (36). I hadn’t thought of this religious teaching comparison before between Christianity and Judaism. Herman’s succinct description here has truly left a lasting impression with me.

Prior to reading the sources from Sernett for this week, I hadn’t contemplated how the Great Migration would effect northern African American church communities. I was most interested in the source “Address on the Great Migration” delivered at the African Methodist Episcopal Council of Bishops. One of the most significant parts to this reading was the author’s word choice in delivering this address. Although it is clear that this church and its leaders still want the best for their black brothers and sisters moving to the north for the chance of better opportunities, a slightly negative feeling is conveyed by Benjamin F. Lee. The statement that particularly stood out to me was “whatever may be the cause or causes of the exodus, the fact remains the same, that the sudden change, both as it relates to climatic and customs, will be accompanied by problems varied and serious” (361). While problems are unavoidable, the language used here doesn’t seem to take into consideration that a larger population size of African Americans could lead to a growing feeling of agency in regard to northern white populations.

I was greatly intrigued this week by the range of thoughts expressed by women in Sernett’s book of primary sources. I was particularly drawn to Jarena Lee and Maria Stewart due to their religious distinctions. Lee’s story is noteworthy because unlike other African Americans during this time, she tries multiple Christian denominations before deciding that she feels most accepted and righteous with the African Methodists (Presbyterian > Roman Catholic > English Church (Anglican) > African Episcopal Methodist). Throughout this passage, Jarena Lee remains humble and pious while always being aware that Satan was working as a sinful tempter. Meanwhile, in the excerpt from Maria Stewart, I could  not help but notice similarities to the words written by Jupiter Hammon. While stated by Sernett that Stewart studied David Walker’s Appeals, she argues that there is no need to revolt against the slave masters. Rather than using her position of power to truly help her people, she insists that “all political discussions in our behalf [be dropped], for these, in my opinion, sow the seed of discord, and strengthen the cord of prejudice” (208). Like Hammon, Stewart makes the argument that no revolt is necessary on Earth because all are waiting for their justly reward in Heaven.

Based on the “documentary witness” primary sources and selected “textbook” chapters providing necessary situational context we have read this semester, I have been consistently flabbergasted by the amount of historical similarities in the struggles African Americans have faced with agency and identity. Looking at William Wells Brown’s source, the italicized background “blurb” became incredibly important. There are three key issues Brown notices “resurgent white racism, the withdrawal of most northern liberals from the numerous freedman’s agencies, and the return to power of the traditional white elite had contributed to black regression in economics, politics, education, and wealth” (256). These issues really struck a chord with me because they seem almost parallel to demonstrations being carried out today.

I was also curious to learn more about Boston, Massachusetts. Multiple published black authors we have read lived in Boston toward the end of their life and since this city is in the north, it lends itself to a lesser perception of racism in America’s timeline. That being said, why was the educational/employment opportunities better here for African Americans? Is this only pre- or post-Reconstruction Boston? How censored were black authors in the north as compared to the south?

For more information on Barbie and her 1959 public debut: Barbie Background 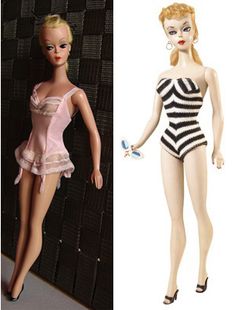 “The Colonization Society . . . has held out the idea, that a colored man, however he may strive to make himself intelligent, virtuous and useful, can never enjoy the privileges of a citizen of the United States, but must ever remain a degraded and oppressed being” (214).

This quote from Pastor Peter Williams’ letter really stood out to me, particularly with the NFL protests that took place over the weekend. Despite Williams raised status as a slave because of his church involvement, it is refreshing to read a source in which he is painfully aware of the pressures put on slaves to comply with their masters. The NFL protests, demonstrated during the National Anthem by players, coaches, and owners this weekend, were in response to police brutality against black people. During the National Anthem, participating protesters took a knee, locked arms, or even stayed back in the locker room for its entirety. While these demonstrations have been overwhelmingly peaceful, Trump, along with other white conservatives, have taken to social media/the press calling NFL participants “sons of bitches” and “ungrateful.” The idea presented in the quote above by Williams eerily parallels the reaction against protesters by political officials and Americans.

I have included two clips from last night’s The Daily Show with Trevor Noah which discusses the NFL protests:

This week I read the primary sources from Sernett first. Accompanied by Raboteau’s historical explanation of slave conversion, I was attracted to the different interpretations of Christianity and the various accounts depicting how Christianity was manipulated into a tool to ultimately justify (American) racial slavery. The fearful, and careful, conversion of slaves to Christianity, as taught, and permitted, by their masters, did not support the Gospel teachings which encouraged the idea of slaves’ eventual emancipation, or the existence of racial equality.

Raboteau’s citing of historian Jordan Winthrop in “Catechesis and Conversion” grabbed my attention as an anchor quote I ended using to guide my reading and thoughts; “These clergy men had been forced by the circumstance of racial slavery in America into propagating the Gospel by presenting it as an attractive device for slave control” (103). [1]

This reading gave me new insight to the change over time of religious messages used by clergy/missionaries in their attempts to convert slaves. Their teachings initially promoted a strict adherence to upholding all “true” Christian values; the most important being that all people are equal in the eyes of God, no matter their race – so long as they’re a baptized Christian. These convictions proved powerless to America’s nineteenth century economic entrenchment of racial slavery, and brought with it, for me, a “bigger picture” realization, specifically in regards to the biblical interpretations presented in Sernett by the religious men of color. The primary sources for this week were helpful for me in understanding the numerous  possibilities that lead to individual interpretations of the Bible.

[1] In reference to “true” Christian values, the immediate ideals that come to my mind, revolve around the age old notions such as “All Equal in God’s Eyes,” “The Golden Rule,” “Love Thy Neighbor as Thyself,” all-in-all, just be a good, caring person to EVERYONE that you meet.

While reading this week, the following quote from Raboteau’s “The African Diaspora” (1978) stood out to me.

“Adaptability, based upon respect for spiritual power wherever it originated, accounted for openness of African religions to syncretism with other religious traditions and for the continuity of a distinctly African religious consciousness” (Raboteau 4-5).

I believe this quote will hold considerable weight throughout the semester as our class examines and analyzes the various African American religions. What struck me as most important was the description of respect for spiritual power as a common thread among African religions. The presented concept of religious acceptance, and adaptable respect to power, demonstrates a higher level of civilization despite European claims to white racial superiority (and therefore, authority over races deemed inferior).