At the forefront of dealing with the emptiness people feel inside their soul, cults of various shapes and sizes spring up to try and take advantage of the needy. Such a phenomenon was readily observed by Fischer as a reaction to the lack of black denominations. Admittedly, for a while it seemed that his definition of “cult” was more of an alternate word for “religion”, but once he describes the conduct of some of these groups and the emotional manipulation they take part in, it seems to be a more conventional definition. It was especially interesting to see how cult membership seemed to overlap with regular church membership, thus making it a bigger issue than it appeared on the average census.  Despite all of this, his take on cults doesn’t seem particularly negative, but rather a simple matter of fact observation that their appeals to equality and poverty allow them to out-compete regular churches in many departments.  It just goes to show that the expression of spirituality will manifest one way or another.

DuBois seems to believe that the main foundation for freedom of the African American is their faith in Christianity.  In particular, he seems to emphasize the difference between the “black gospel”, so to speak, and the “white gospel”, namely that the Christianity observed by African Americans seemed to take a much more aggressive stance towards social justice and equality, as well as just being more aggressive in general.  Much of this stems back from their time as slaves, which DuBois recognizes.  However, he also seems to take the argument that Christianity as observed by African Americans is by and large a transplant of their times as “heathens”, the medicine man being replaced by the preacher and the various rites of the gods adapted into a Christian context.  The problem I have with this is that it feels very reductionist.  It seems to imply that their faith is their only real defining feature, ignoring the various other material factors.  To add further confusion, there’s some tangent about deception, which the average slave apparently had to use in order to survive, and he seems to endorse this turning of the cheek as a means of biding one’s time in white society.  Problem is, he also seemed to earlier endorse a more active role in making change, so I feel like he’s contradicting himself a bit. 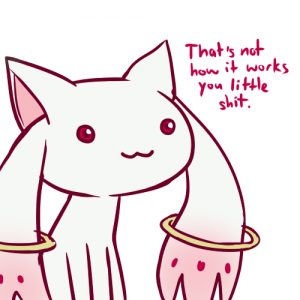