In Sernett chapter 58, we delve into what black theology is and how it coincides with religion. James H. Cone describes how black power was not liked at first because it went against black theology and black churches. Because black theologists were often in white spaces and were taught by white people, going against all of them that black power presented was like going against everything that they knew. Black theology eventually became defined a “theology of black liberation” (Sernett 571). This new definition came from Cone from his book Black Theology and Black Power. In the past, there was a conflict of interest; there were statements that black power was against Martin Luther King Jr. The black church was involved in the black liberation movement of the past, but today they are no longer as required.

The essay starts off with a feud on “real” and “fake” Muslims. According to William Cummings, the real Muslims are Indonesian and everyone else that practices it is fake (pg. 660).  And this would begin the “who’s the real ancestors of this religion” question that is popping up more and more. As in many other storytelling of religion, there is an origin story of the black Muslims sort of similar to the black Jews. Apparently in West Africa was where you could find the first black Muslim.

Drew Ali writes how black people were descended from the Asian race and that their natural religion was Islam (pg. 666). He blamed Africans for being enslaved because they were not as Islamic as their parents and grandparents. I personally do not agree with this. I remember reading somewhere that if the parents did a wrong, then their children would suffer. But that was in the Bible and since we are discussing Islam that would not be the case here. I am also confused on how many religions were the first and ideal religion of a certain race.

This guy Omar or Umar was the first to oppose Islam and did some other wrongdoings. He beat his servant when he found out that she was Islamic. Then during his tyrant, he states that he has to kill the Prophet. Some person tells him that his sister is a Muslim and he hits her. He feels bad and apologizes, then she gives him the Qur’an and he reads it. Omar goes to the Prophet to embrace Islam and it is a happy ending. This story has an okay ending, but Omar does not face any consequences for going around hitting people and saying that he is going to kill the Prophet. Surely that would bring some sort of punishment, but no he gets off scotch free. The only bad thing that happens to him is the feeling of regret for hitting “his own flesh and blood” (pg. 671). This is clearly different than the story o Job from the Bible or any Bible story for that matter.

First off I have never heard of Santeria as a religion. I have only heard of the song. Here’s the song: https://www.youtube.com/watch?v=QMJ5mgEzSwM

Although, its members were Afro-Cuban so it would make sense about why I have not heard of it. Second, Santeria has many different names. I am not sure why there is a lot of different names, but there are.  Anyway, I think Santeria is my favorite religion to be discussed so far. It is interesting that the women were leaders and in charge. Several women thought of God as feminine and being the Mother instead of the Father. There is a separate book of rules to follow along with other names to call God and the Devil, this reminds me of the 7 pillars.

I have read some parts of the Holy Bible and those parts that I have read confused me. But this backstory of Santeria had me thrown for a loop. Talking about sisters, Orisha, Ogun, and a whole bunch of other “O” names, it was hard to remember who did what. After finishing the chapter, I can compare Santeria to more of a mythology standpoint. It kind of reminded me of when I read the Percy Jackson series.

In the Mahalia Jackson chapter, music was relevant. She discussed how during protests they sang spiritual hymns. The freedom songs allowed the civil rights activists to spread their word out in a more memorable way. Freedom songs really did inspire people. When people began to sing spiritual music during boycotts and sit-ins, it shows how deeply rooted freedom songs are. On page 546 of Sernett’s book, Jackson states that King wanted her to sing “I Been ‘Buked and I Been Scorned.” When she sings the song she gets full with joy and happy about how much progress had been made. There is something about slave songs, that are typically religious that goes along with movements. Both deal with struggles and what people need to overcome.

Here is a video of Martin Luther King Jr. and Mahalia Jackson: https://www.youtube.com/watch?v=odHqG1rA4M8

In Judith Weisenfeld’s first chapter was the first time that black Jewish people had been discussed. Some parts of the chapter were a little hard to wrap my head around like how Rabbi E. J. Benson called black Jews Hebrews and white Jews ‘Jews.’ But white Jews were called ‘Jews’ because they were Jews of European descent. I kind of understand that and the need to separate themselves from white Jews. And it was not strange to me that the black Jews did not want to be called ‘Negroes.’ Benson told his congregation to call themselves ‘Ethiopian Hebrews’ and not ‘Negroes’ as that was an insult. There was a lot of background information, such as black Jews being descendant of Abraham because he had smooth skins while the white Jews were descendants of Esau because they had hairy skin. This confuses me because I guess that I am unaware of these “stereotypes.” I just don’t understand how they could come up with that conclusion. What exactly specifies as being hairy?

Azusa was “a phenomenon” that changed a women’s role in the church. Jarena Lee and Amanda Berry Smith went against what other thought to serve God’s call. Going against the social norms and men at that time was unjust. No one was supposed to do it. Richard Allen only saw racism as Lee saw sexism as well. It is one of the many reasons why intersectionality is hard to fight for. Someone else will think that you want something over another, rather than everything. Allen believed that there was no need for female preachers. Lee wanted to preach so much that as a free woman went to places where she could be captured just to spread her word. Lee did not have fear, it seems. She did impress Allen, but while he let her preach he did not let her be ordained. The women of Azusa Street did their best to be able to preach. They went through some extreme cases that no freed person would put themselves through. It was their dedication to the Lord that had do that.

W.E.B. DuBois’s passage confused me. He wasn’t about denominational religion and rarely attended church. It didn’t seem like he should’ve been in the book at first. But he had many good points about religion. He described how black people would praise God and attend church, only for when they die to be denied going to Heaven because it’s for white people only. With DuBois being agnostic, I think it was good to include him in this book because you get the picture of someone who is black but also doesn’t believe in God or any other religion.

On page 330, DuBois mentions how black people are seen to be a  “religious animal.” He states that this coincides with “voodoo.” Stereotypically, voodoo is associated with cult-like activities. I feel like DuBois is trying to explain how being seen as a religious black person might affect them in a negative.

Women were primarily not seen as able to preach. I have been to an Apostolic church where the statement is “women can teach, but they can’t preach.” It was around that time that I thought that I wanted to join the church, even though I already belonged to St. Thomas Baptist Church, where my preacher is a woman. I remained a Baptist mostly because, at the time, 12-year-old me did not want to wear skirts or dresses every day for the rest of my life. The women at that church were treated differently than how my church is. My church is literally run by women, women preach, schedule the gatherings, run choir rehearsal, and are ministers and trustees.

It is hard for to me to believe that at a time my church was not run by women and that today not many other black churches have a lot of women preachers. In all the readings, I thought that the women tried as hard as they could to serve the Lord at that time. Rosa Young made a school because she could not preach. That amount of dedication shocks me. For someone to be so committed to the Lord to go against everything at their time and make a school. The masculinity in churches became the norm. In white churches, the women were not preaching. But in Righteous Discontent,  some black women talked with white women about their churches.

David Walker was my favorite of the week. He actually said what I have been waiting for someone to say. He mentioned how the American preachers were preaching something and then totally went back on what they said. Walker discussed the irony of how Christians would send out missionaries to convert the slaves and then when the slaves pray their masters beat them. That personally never made any sense to me. The masters wanted their slaves to convert to Christianity, but also did not want them to pray. I guess they did not want to pray for freedom, but they could at least pray once the work was done.

Walker had written about how Americans can believe in the Bible, but then do or say something that goes against it. Towards the end of this chapter, Walker mentions how Americans need to repent. That was an idea that never crossed my mind. It makes sense for him to say that. Christians do repent if they have committed a sin or something against the Bible. I have never seen or heard that statement before. 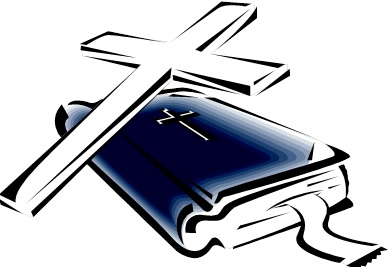